We've returned to the Root Mine several times over the years and returned with new goals of reaching the deepest levels.  Unfortunately, there did not appear to be a deep level.  We were able to locate a few winze's (A shaft dug within an adit to explore lower levels), but none were successful in expanding the mine system.  Most seemed to go in several yards, but had little depth.  All entries appeared to follow shallow veins, but explored no further.

That's what we believed until recently when I was contacted by a man named TC who worked there when it was Bonanza Hill Mine and well  before it was renamed to Root Mine or Root Hill Mine.  He confirmed that the mine system never connected.  There were three production sites at this mine and each operated independently of each other.

Most interesting was he described the deeper levels that we never located.  We followed his directions and were surprised that we missed the way down.  It wasn't obvious, but it wasn't hidden either.  The way down was a series of 20-30 foot ladders with platforms separating each.  Total depth was roughly 100-150 feet.

What we found at the bottom was exactly as he described.  Stoped areas with lots of wood shoring, but very little else.  Despite finding very little at the bottom, it's good to finally know what was down there.  It's been about 60 years since he's worked there and he described it in great detail as if he just ended his last shift.

We've run our metal detector throughout the mine and received strong, positive hits, but since gold was only secondary at this mine, it wouldn't be worth the risk or effort for  prospectors.  Primary mining here was for zinc and lead.  I'd guess that the positive detection hits were lead.

We would have liked to return to this mine for further exploration, but fairly recently, the mine and surrounding area has been purchased and converted to a training facility specializing in firearms, use of force, and specialized training to civilians, law enforcement, military personnel, and security professionals.

This is now an active shooting area.  The mine can no longer be accessed.  No new images of this mine will become available.  Stay well clear.

If you are in need of their specialized training,  please contact them through the links below: 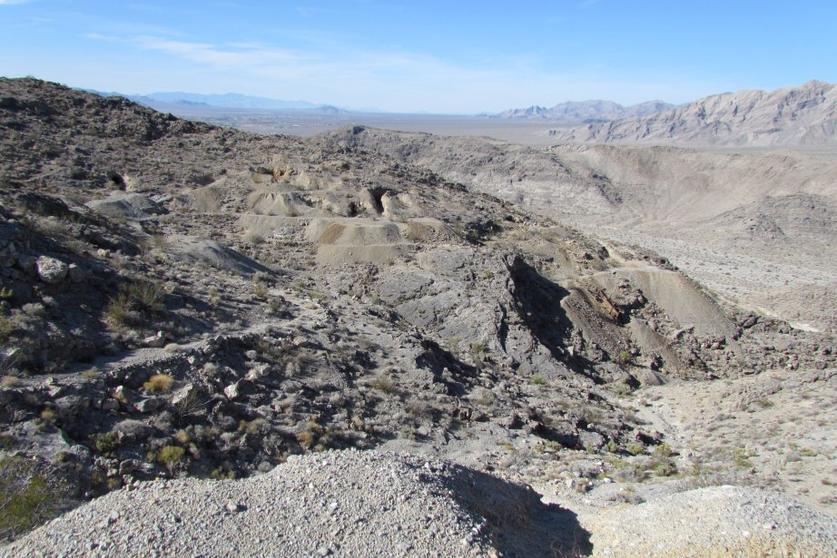