From the outside, this mine doesn't look like much.  There are no structures outside and a modest sized tailing pile.  Inside, it has some real depth.  A  hundred yards at least, but nothing to see inside.  It's just one long incline shaft with a couple  stoped areas less than 20 feet wide.   As deep as it was, we were hoping for a prize at the end, but were disappointed by the lack of mine features.  That climb out was terrible.

Despite the lack of mine features, this has been a mine we've returned to year after year.  Several years ago, we entered this mine for the third time.  Each time getting deeper and looking a little closer to the bottom.  Just past the portal of this mine, there is an area where you have to get really low before you can stand again.  I placed my hand down and a moment later, my light reflects on two little eyes inches from my hand.

For that split second, I was focused entirely on those eyes and expecting a snake bike.  It took a moment for my tunnel vision to widen and I saw it was a desert tortoise.  Some of you will already know what was happening, but it took us a little longer.

A few tortoises later, my wife notices they are tagged and wonders out loud, "I wonder if that is their hibernation den.".  The temperature was just starting to cool, but it wasn't at all cold yet so it didn't occur to us immediately that it might be.  As soon as she said it, we knew we didn't do them any favors.  We then collected each tortoise,  returned them to the mine and continued our mine exploration.

When we reached a drop of several feet, we looked down a noticed yet another tortoise.  That one, we were sure, wandered too deep and was now stuck.  We moved him up the mine closer to the others and returned down the mine to make sure other tortoises couldn't get themselves stuck.  Using wood scraps and leftover barrel wraps, we constructed a wall to prevent them from falling over the same ledge.

We do feel silly for not recognizing it was a hibernation den sooner.  We've seen tortoise dens dug into the sides of washes.  Never have we seen a mine used as a den and certainly never a colony of them.  The tortoises were unharmed and only slightly inconvenienced. We actually did help one, so despite our slow revelation and efforts, it was a good day.

We've returned over the years to check on them and noticed the same tortoises were  returning year after year.  Each winter we returned, we had to smile because there were always a couple sleeping against the wall we built years before to prevent them from falling.

I've been keeping that story to myself for years because we didn't want others to come to this mine and disturb them more than we already have.  A few winters ago, all the tortoises were removed as part of a relocation program.  We returned to this mine several  winters to make sure there weren't any late arrivals, but it seems that any tortoise using this den has been collected.  We were hoping their new home was just as comfortable for them, but we've since learned that all relocated have died or assumed to be dead after attempting to return to their home valley. 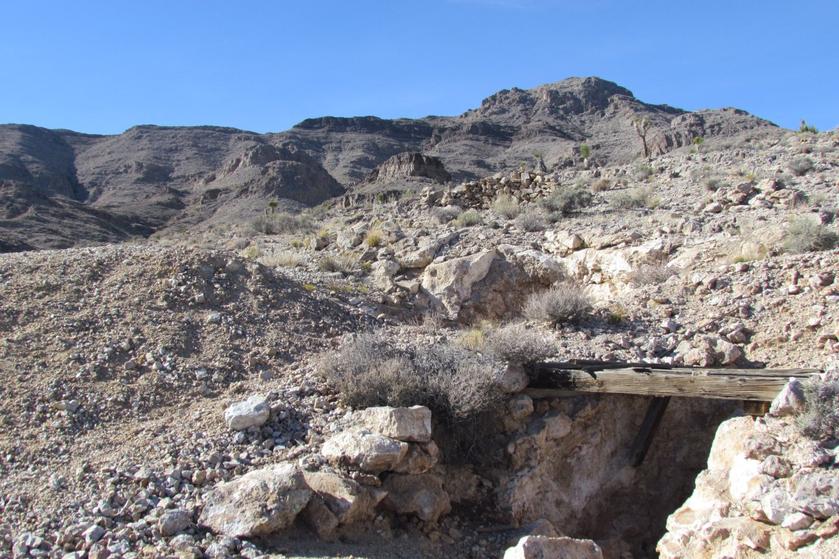