The main portal level of this mine has since been sealed with a bat gate.   As far as we've been able to research, these are the only pictures available online of the Addison Mine interior.  Do not alter or remove bat barriers or safety devices.

We first visited this mine knowing nothing more than its name and location.  There isn't much to see on the surface. Other than the square set timber portal, there were no structures and only a modest sized tailing pile.  If we were to estimate this mines depth by the tailing pile, we'd think it was little more than a prospect, but it has significant depth.

The interior was impressive with a fault line so smooth it looked man-made.  A 100' shaft was dug between the fault line layers ending with a stope.  Another 100'  shaft was dug ending at another larger stope.  No drift levels were added and we concluded that the shafts were not made as passages, but  contained the valuable ores.

At the lower stopes were pockets of Limonite which is a rust colored  iron ore.  The significance is gold in this area was often concentrated into these limonites.  Because it was everywhere, we thought for sure this was primarily a gold mine and were  surprised to learn that gold wasn't even listed on the tertiary reports.

After closer inspection, it's entirely possible that the Limonite wasn't  obvious during mining production as it was to us during our visit.  In many areas, the ribs (sides) and back (ceiling) have since heavily scaled and collapsed exposing new work surfaces.   Using a handheld metal detector, we received many strong hits at the lowest stopes.  Since secondary mining at Addison Mine was for lead, it's possible and likely that is what alerted our metal detectors.  Since gold bearing limonite was also found in this area, gold is also a possibility, but the dangers of recovery far outweigh the possible rewards. 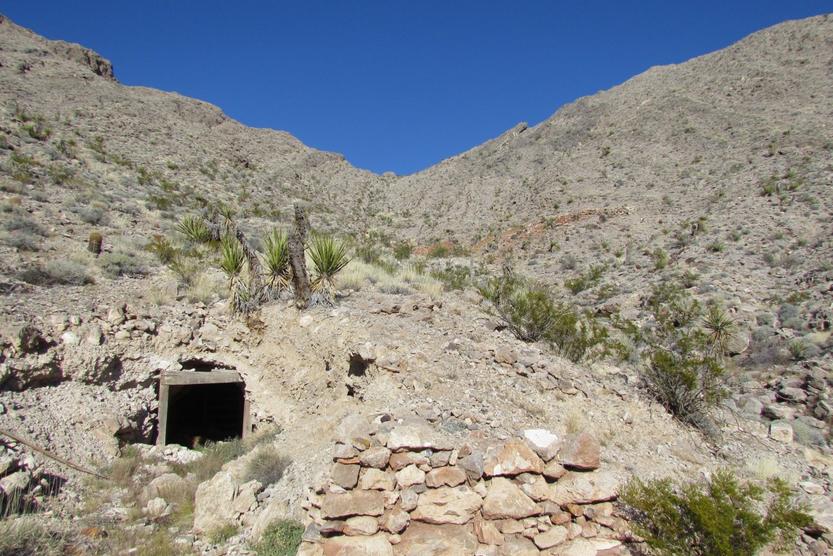